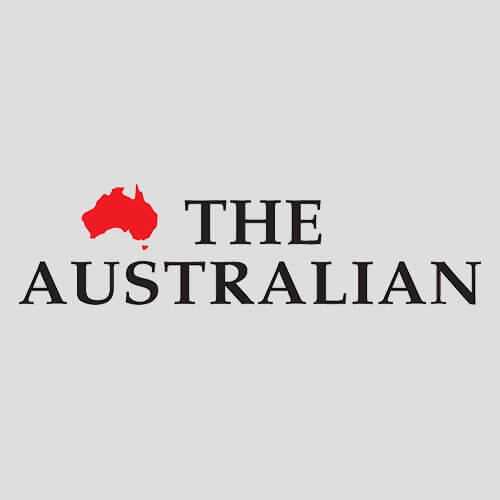 Why a collaborative culture is your best defence against disruption

The city of Bend, in Oregon, United States, is home to the world’s only Blockbuster Video store.

It’s the last vestige of a once $5 billion global movie rental empire of more than 9,000 outlets.

The megachain had implemented a successful digital platform — Total Access — which was beating Netflix at its own game.

But after a leadership change, it scrapped its online service in favour of continuing the proven in-store, retail-oriented model, failing to see the future of content consumption.

Many leaders find themselves in this position when their core business is being disrupted, says Imber.

Three years later, Blockbuster was bankrupt. This is precisely why established businesses with historical success need to do a lot of unlearning to stay relevant, says Atlassian’s head futurist and research and development chief, Dom Price.

For Price, innovation and collaboration go hand-in-hand. “I Honestly think they’re the same thing,” he says. “I know the words in many people’s minds are different, but the whole point of collaborating is the belief that great minds don’t think alike.

“The older the organisation, the harder it is to collaborate because they’ve probably been around for so long they think they’re going to be successful forever,” he says.

In 2004, Pixar Animation Studios released The Incredibles. The animated feature — about a family of superheroes attempting to live a quiet suburban life as they hide their powers because of a government mandate — was created by an unusual team.

When it comes to collaboration “the makeup of the team is absolutely critical,” says Imber. She explains the film’s success was, in part, due to the unconventional director, Brad Bird, assembling the company’s “black sheep” to make the movie. Studio executives estimated Bird’s film would likely have taken ten years and half a billion dollars to complete, as it was the first time a Pixar film would have human central characters.

Animating realistic long hair, in particular, was a significant hurdle. Bird’s team was full of staff frustrated with the status quo who had risky ideas that had been dismissed or overlooked. These people, in combined technical and creative teams, found innovative solutions, and the film was released to critical acclaim.

Imber says successful ideas in market are almost always the result of a diverse group of people making them happen. It’s a diversity of views that’s important, rather than a focus on demographics,” she says. “Some people are naturally optimists; some are blackhats. What you don’t want is a team of optimists working together; you want a mix of styles.”
Research has shown that including at least one external person in each team “shakes up the status quo” and makes for far more effective collaboration, says Imber.

Peter Marix-Evans is the CEO of Shape Group, an Australian office fit-out and refurbishment company that’s been operating for 30 years. Activity-based working offices, he says, if interpreted right, are great for collaboration.

“The first offices were designed around typing pools, with rectilinear rows of desks large enough for a typewriter.” That’s evolved, and now, similar to your house where “you don’t sleep in your kitchen”, people need appropriate spaces for different activities.

He says the essential feature of any Shape Group office is a large area for collaboration and celebration. It’s an amplified version of the humble office kitchen. But, importantly, says Marix-Evans, it provides a space to get together and build on culture regularly.

Culture, he says, is first and foremost for collaboration. A company’s culture needs to encourage it, or it just won’t happen. Shape Group uses the internal social media tool Yammer for sharing learning and collaborating on projects across state offices. “People won’t post if someone might poke fun,” he says. “Digital enablement won’t work if the culture’s not there to support it.

After culture, office layout and digital enablers are equally the next most important for collaboration”, Marix-Evans says.

“When you truly embrace collaboration, your outcomes become infinitely better”

Atlassian’s Price says all the different factors that foster collaboration need to be congruent.

“The minute one is out of kilter, really funky things happen,” he says. “I’ve been to offices where they’ve added practices and tools around collaboration, but the office layout looks like an excel spreadsheet, people in cubicles churning away. That’s not collaboration.

“If you believe collaboration naturally exists from childhood or an early age, you create environment and practices, and I think that’s the thing you then amplify through tooling the workplace. So it’s more about a sequence.

“Price says if you start with tooling, the risk is you’ll amplify a bad way of working; you’ve got to be of a collaborative mindset first, or tooling will close things down even faster.

“When you truly embrace collaboration, your outcomes become infinitely better,” says Price. Unfortunately, he says, too many organisations focus on the micro-measures of outputs at the expense of outcomes.